Survivors of childhood sexual abuse that occurred at church, school, hospitals, and/or youth organizations have an unprecedented opportunity to seek justice against their abusers in California.  The Child Victim’s Act, also known as Assembly Bill 218 (“AB218”), was signed by Governor Gavin Newsom on October 13, 2019 and went into effect January 1st of this year.  The Act will combat childhood sexual abuse, and embolden survivors, in several important ways.

Second, AB218 opens a three-year “look back” window, in which sexual abuse claims previously barred by the statute of limitations can be brought against an abuser and the institution that employed him or her regardless of when the abuse took place.

Third, after the three-year window closes, the applicable statute of limitations is extended.  The Act increases the time limit for commencing an action for recovery of damages suffered as a result of childhood sexual assault to twenty-two (22) years from the date the plaintiff attains the age of majority or within 5 years of the date the plaintiff discovers or reasonably should have discovered that the psychological injury or illness occurring after the age of majority was caused by sexual assault, whichever is later.

Sixth, AB218 allows for treble damages where evidence of an attempted cover-up or a cover-up is presented.  This means the presiding court, in its discretion, can triple the damages awarded to a victim.

This is not an exhaustive list.  Because children are not of legal age to consent to sexual activity, any sexual interaction with a child constitutions sexual abuse.

Childhood sexual assault can have a devastating impact on the life of the survivor.  This is reflected in the passing of AB218, particularly the expansion of the period in which a survivor can bring a claim.  Assemblywoman Lorena Gonzalez, one of the several coauthors that introduced AB218, described the previous statute of limitations imposed on child sexual assault survivors as “outrageous” stating, “The idea that someone who is assaulted as a child can actually run out of time to report that abuse is outrageous…[m]ore and more, we’re hearing about people who were victims years ago but were not ready to come forward to tell their story until now. We shouldn’t be telling victims their time is up when in reality we need them to come forward to protect the community from future abuse.”

Before AB218 was passed, California law required individuals who were sexually assaulted as children to file suit within eight years of reaching the age of eighteen (18).   In other words, survivors had until their 26th birthday to file a lawsuit seeking compensation for damages related to childhood sexual assault or within three years after the survivor learned that sexual abuse caused the his or her injury (whichever is later).  These limitations were and continued to be criticized as too restrictive, because survivors often suppress memories of the assault, fail to recall the incident(s) for decades, and/or do not report the assault out of fear, embarrassment, or shame.

In addition to the trauma and emotional tumult inherent in reporting and reliving childhood sexual assault, many survivors suffer from depression, guilt, shame, self-blame, eating disorders and/or body dysmorphia, anxiety, dissociation, and difficulty with interpersonal and sexual relationships as adults.  If you are struggling with discussing or processing a childhood sexual assault, you can contact the National Sexual Assault hotline at 800-656-HOPE (4673).

The attorneys at Levin Simes Abrams LLP dedicate a significant portion of their practice to helping both child and adult survivors of sexual assault seek justice.  We understand how horrifying sexual assault is and work tirelessly to give a voice to those to have been silenced.

If you or someone you love is the survivor of childhood sexual assault, please contact our office for a free consultation.  Our team of attorneys provide a safe, confidential, compassionate, and caring space to discuss what happened and what legal options are available. We can be reached at 1-415-426-3000, [email protected], or through this website.

Who's talking about us 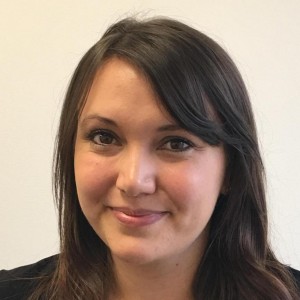